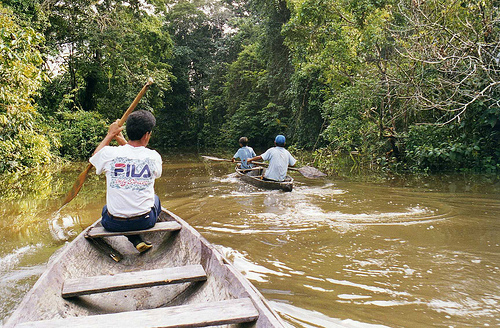 The Amazon rainforest contains a staggering network of vegetation, waterways and lakes that spread across South America. The area is home to one tenth of the world’s plant and animal species, many of which can’t be found anywhere else on the planet, and with many still left to discover. Many of the animal species in the area can be found along the great Amazon River, and as such the huge stretch of water receives thousands of visitors every year.

About the Amazon River

The Amazon River is ten kilometers wide even at the point where it’s 1600 kilometers from the Atlantic. One of the most untouched areas in the world, the Amazon River pours 300 million liters of fresh water into the ocean per second, which is more than the next eight largest rivers can produce combined. This immense amount of water makes up two thirds of the world’s water and is sourced from the Andes Mountains in Peru.

The great length and variation in the Amazon River makes it possible for it to accommodate and sustain a huge number of species. The number of bird species alone is more than in any other ecosystem, while there are also more than 4,000 species of butterfly in the area. The river is home to a number of water animals such as manatee and over 2,000 species of fish, which is higher than the number recorded across the entire Atlantic Ocean. Three species of dolphin also live in the river; the pink river dolphin, the Bolivian river dolphin and the grey river dolphin.

All of the river dolphins in the Amazon have faced increasing threats during recent years, from direct attacks from fisherman looking to remove competitors to the threat from hydropower and other infrastructure projects. The increase of tourism in the area has also threatened to put dolphins lives at risk as tourists add to the pollution of the river and local area. This combination of the destruction of their habitat, targeting of dolphins, tourism and lack of education has lead to a very real risk to the species that call the amazon their home.

Thankfully there are a number of conservation projects taking place that aim to reduce and even reverse the effects of human beings on the growth of the local dolphin species. Once such project is being implemented by the organisation WDCS, which plans to achieve widespread river dolphin conservation across local Amazon communities. There are a number of areas targeted by the project including the education of both fishermen and the younger generation of locals to help create a sense of responsibility for the preservation of the dolphins.

The WWF are also engaging in conservation projects in the area, firstly through the introduction of sustainable fishing plans in areas with a high population density as well as the development of a Regional Action Plan, which aims to target government representatives from all eight countries covered by the dolphins in an attempt to change policy.

Tourism is one industry in the area surrounding the Amazon that is steadily growing, but this boost in tourist numbers is having an effect on the number of dolphins in the area. Although cruises are the most popular means of seeing the Amazon, there is some concern that they cause damage. Those involved in the industry are already addressing these concerns in an attempt to reduce the impact of tourism on river dolphin numbers. This begins with the boats themselves, for which the cruise industry is working hard to reduce waste and carbon emissions to become more eco-friendly. Solar panels are one element being introduced, whole many use eco-friendly bulbs to reduce the energy used in lighting. This reduction in waste helps prevent the pollution of Amazon waters and in turn reduces the effect of waste on the local dolphins.

Tourism can also have a positive effect on the local area. Although many of the locals don’t engage in the tourism culture, some of the communities benefit from the generation of income. Tourism also reduces the need for locals to smuggle valuable animals to other parts of the world in search of an income. As well as this, tourism in the area raises awareness of the importance of preserving the jungle, the abundance of species and the river, which brings in thousands of visitors annually and also provides a unique ecosystem from which the world benefits in a huge number of ways. 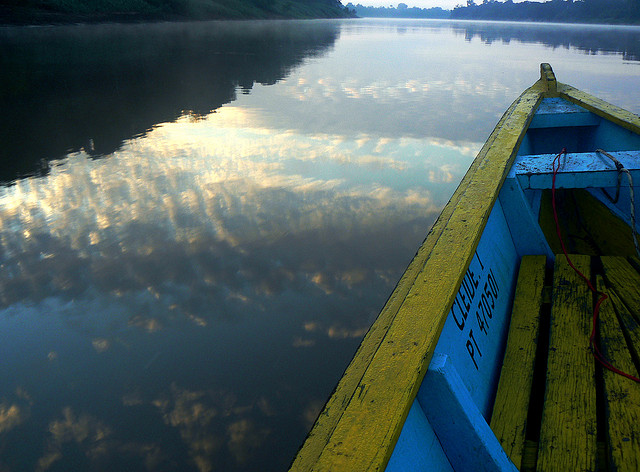 The Amazon River is the largest and longer river in the world; it’s also the main artery of the whole Amazon rainforest system and washes most of the villages and towns in the region. If you make a trip up or down the Amazon River you will have the opportunity to know the ecosystem in… 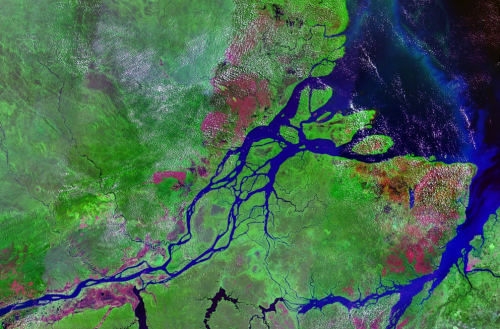